This neighborhood grocery store was moved to the complex from its first location in northeast Winterset in 1986. It was a gift of the Field family. The store was built in the mid-1920s by Ancil (Deacon) and Nellie Field with the help of Deacon’s brother, Ernie. It sat at the corner of 8th Street and East Filmore.

Before large supermarkets were in vogue, there were several small stores similar to this one around town. Some of the items sold were boxes of penny candy, pickles from a barrel, various canned goods, cans of lard, cigarette papers, tobacco, and 100 pound bags of sugar and flour. A typical purchase was 5 cents worth of flour and 10 cents worth of sugar. There was also bread, cookies, potatoes, onions, eggs, and canned milk. The Driscoll family delivered ice for the store’s ice box. Behind the store was a tank of kerosene for sale.

Nellie was a busy, well-liked woman, who extended credit to customers who were in good standing. The store was also a gathering place for Deacon’s racoon hunting friends in the winter.

After the store closed in the early 1940s, several families rented the building as a residence. It had electricity, but no modern facilities. The renters carried water from the well at the Field’s house next door, and also used their privy. 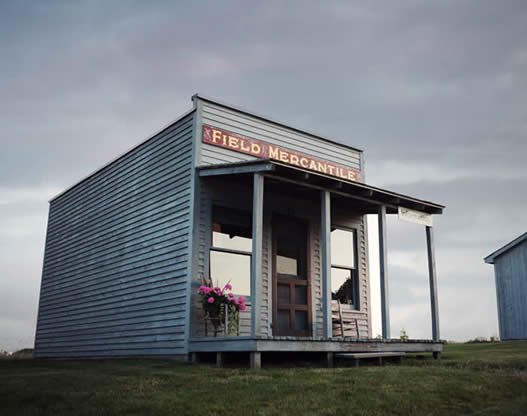